The Inner Loop was a short freeway circling downtown Rochester. The eastern section was closed as part of the project to reconstruct Union Street as a two lane, two way street and make the area less intimidating to pedestrians.

The Inner Loop was concieved in the 1950s when Rochester's population was 33% higher than in 2000. The majority of the route was completed by 1965, but the western end was not constructed for at least a decade. Over the years, alterations have been made to the termini at both ends of the route.

The images below have been obtained from the USGS Eros Archive and Google Earth. 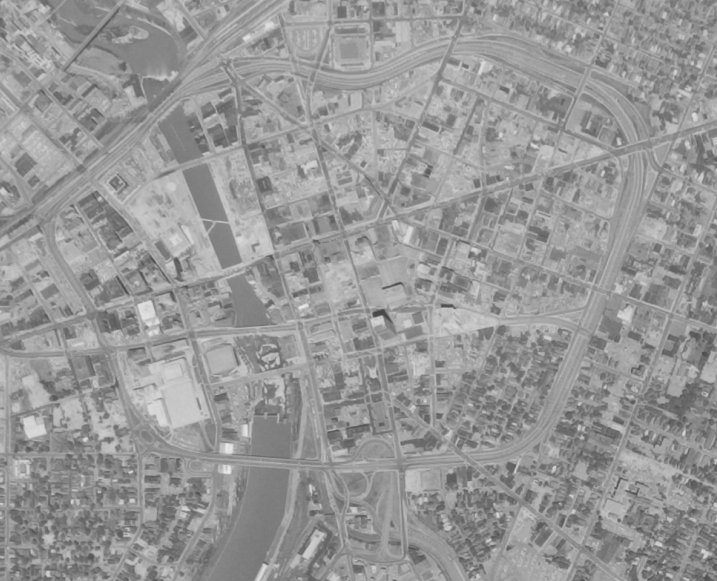 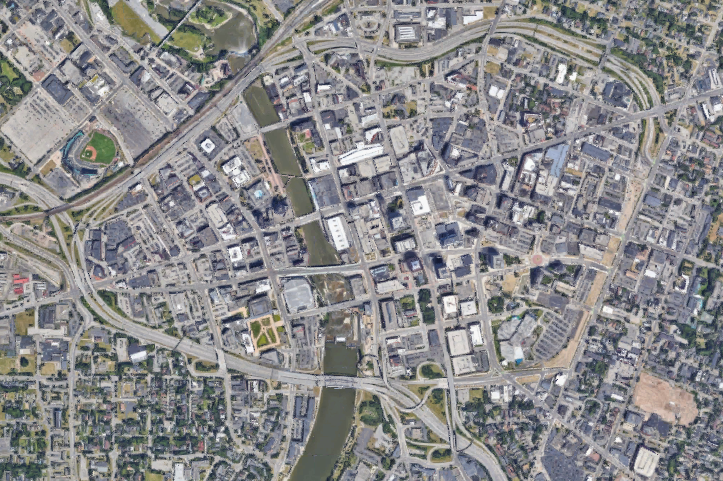 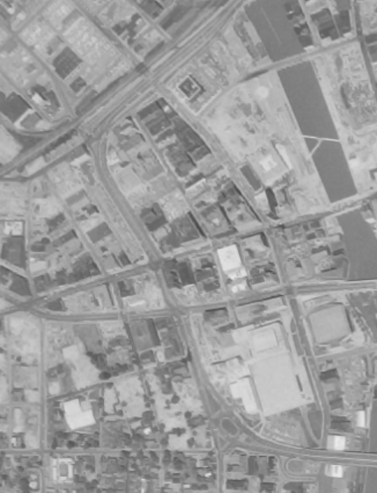 The above image (USGS) shows the western part of the Inner Loop in 1969. The final part of the freeway was not yet built, instead following Plymouth Avenue. 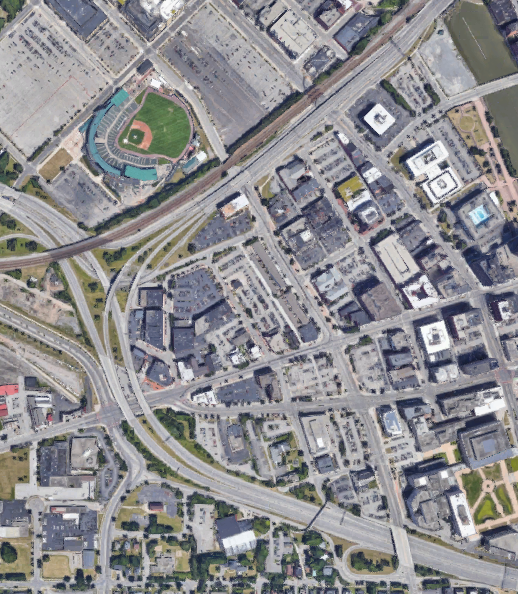 The western end of the Inner Loop at I-490 in 2018 (image from Google), including the interchanges at Plymouth Avenue 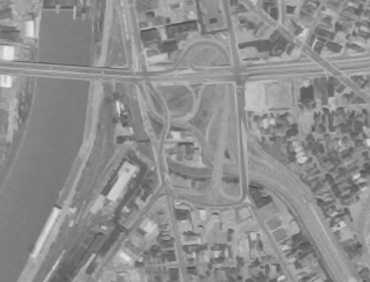 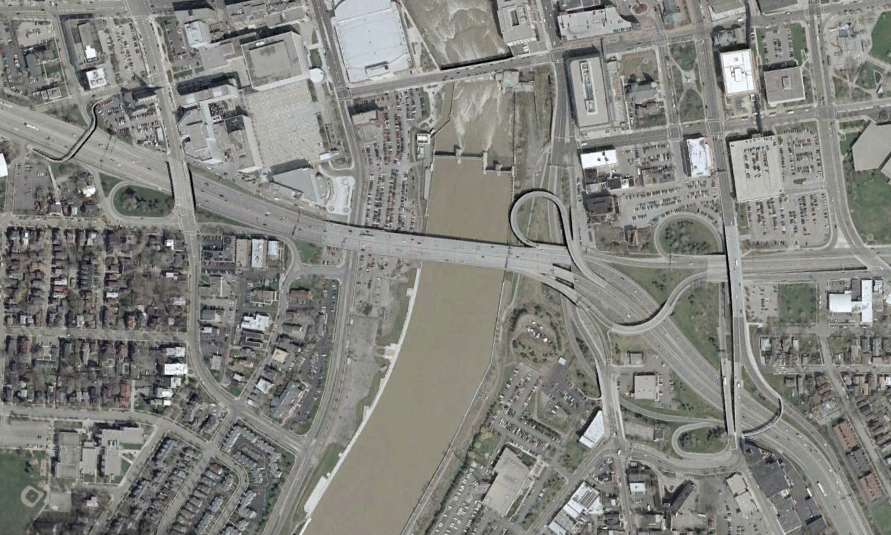 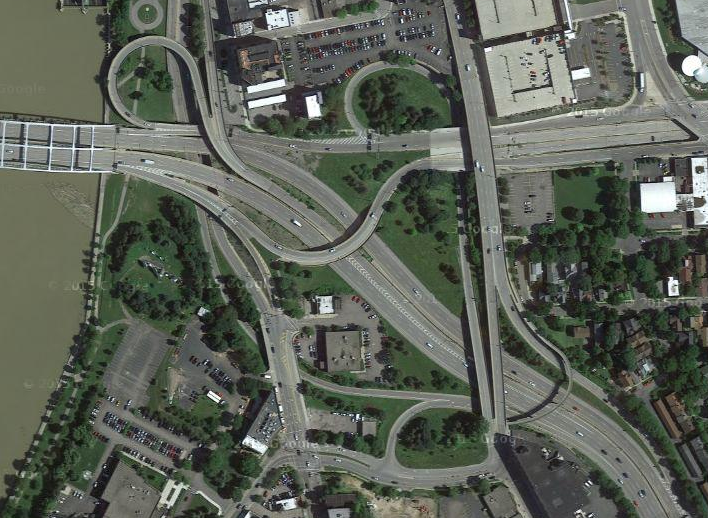 The interchange with I-490 on the east end has been modified twice, first to construct a true freeway to freeway interchange (including extra ramps and right of way for planned I-390) and again to turn one of the ramps from the Inner Loop to I-490 east into a ramp from Byron Street, providing access from the local streets. The images above are from 1969 (top, USGS), 2002 (middle, Google/New York GIS/USGS), and 2016 (bottom, Google) 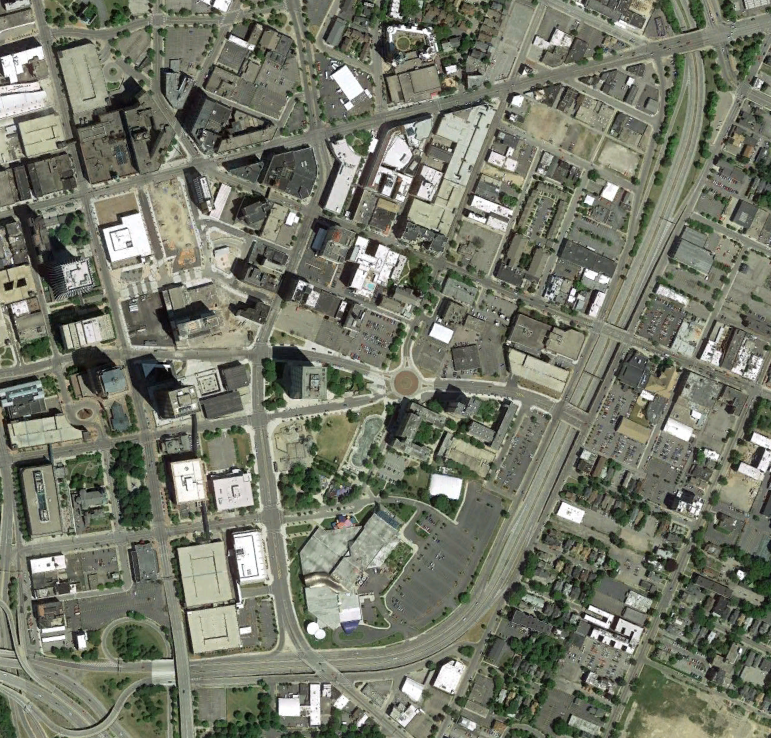 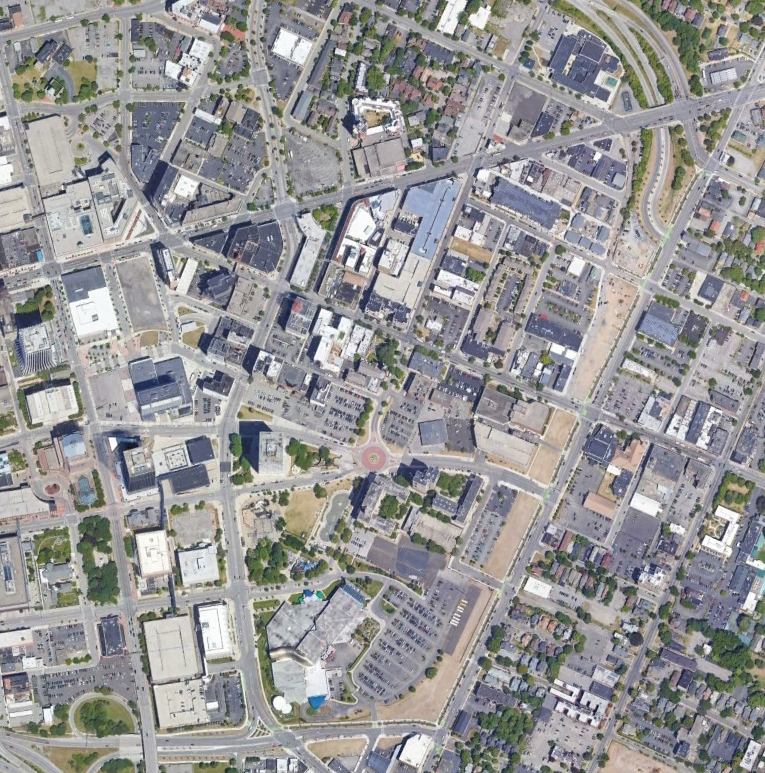 The project to reconstruction Union Street utilizes a connection to I-490 via a reconstructed Howell Street. The Inner Loop is realigned to end at Union Street. The images above are from 2014 (top, Google) and 2018 (bottom, Google).