The Niagara Scenic Parkway, formerly the Robert Moses State Parkway, runs along the Niagara River from I-190 to Fort Niagara State Park. At one time, it was a continuous highway, traveling through Niagara Falls State Park and under the Rainbow Bridge. The first segments were opened in 1962, and the entire Parkway to NY 18 east of Fort Niagara was completed by 1968.

The images below have been obtained from the USGS Eros Archive and Google Earth. 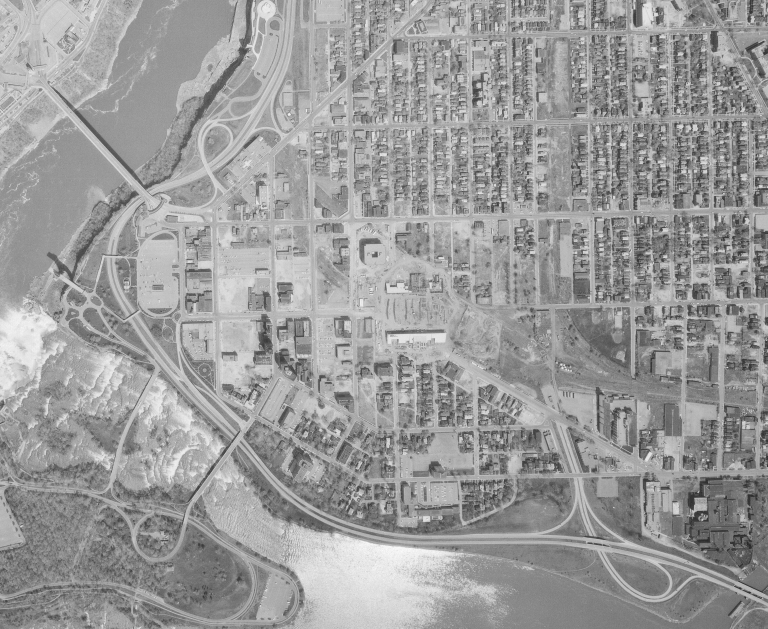 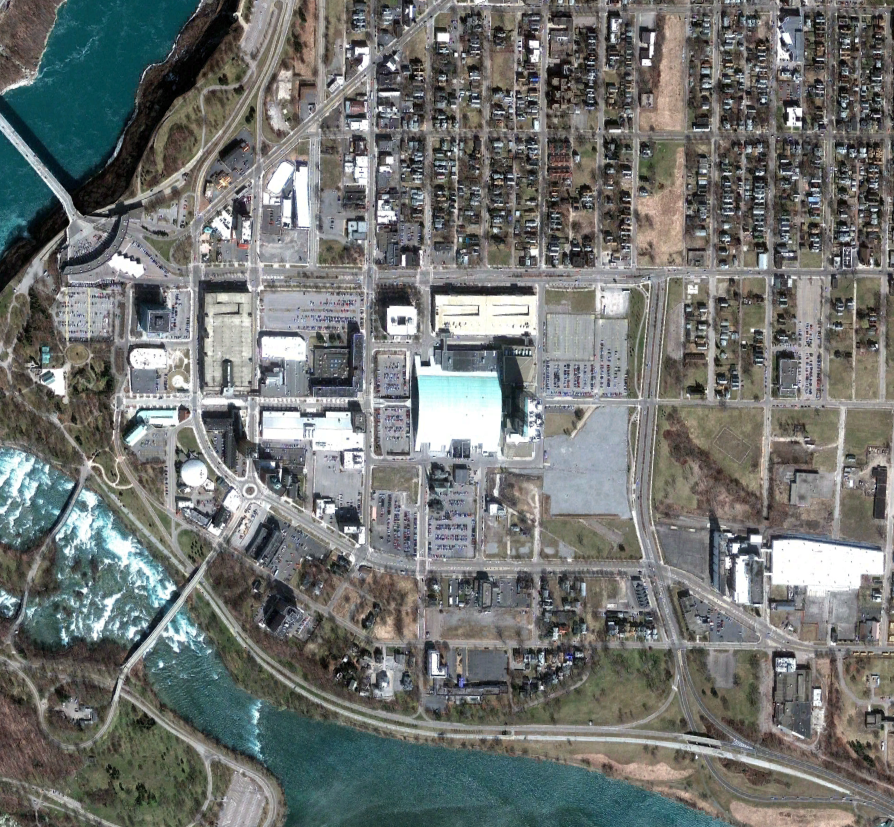 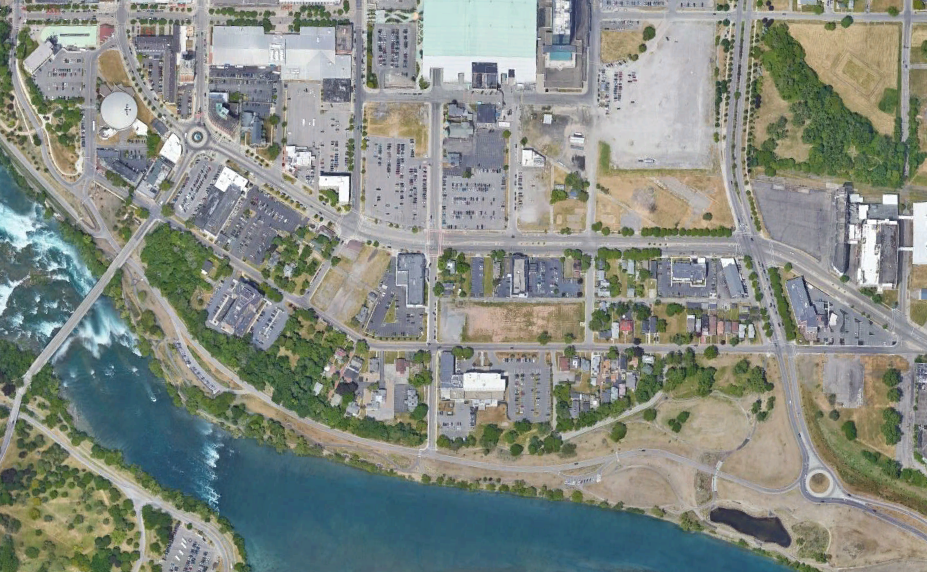 The section within Niagara Falls State Park was removed in the 1980s to restore the park's original layout, making the parkway discontinuous and requiring the use of NY 384. In part of the Park, one way of traffic was maintained, and the other carriageway was used for parking until recently. This section was converted into a one-way "Riverway" with trails. As part of that, the interchange at the end was removed and replaced with a roundabout. The images above are from 1972 (top, USGS), 2010 (middle, Google/Maxar Technologies), and 2018 (bottom, Google). 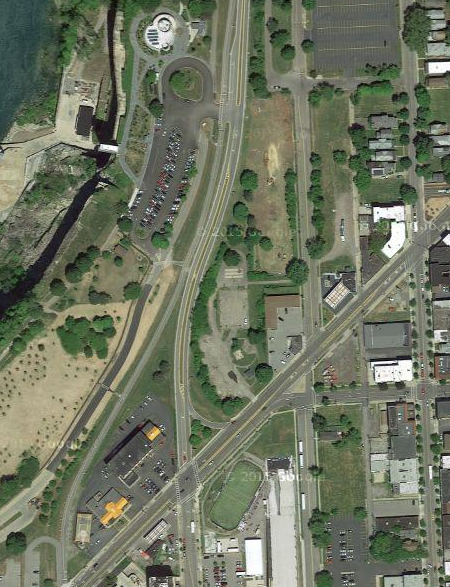 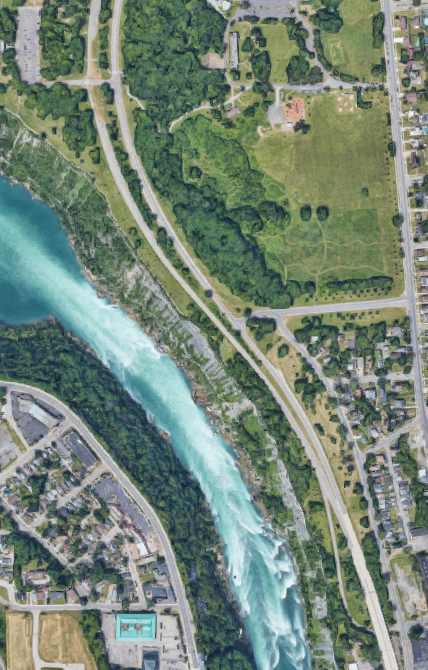 The interchange with the Whirlpool Bridge was changed into an at-grade intersection with Findlay Drive to maintain access. This is the present end of the northern section of the Parkway. The Parkway was realigned to flow directly into Whirlpool Street when the section to the south was removed. The images above are from 1970 (top, USGS) and 2018 (bottom, Google). 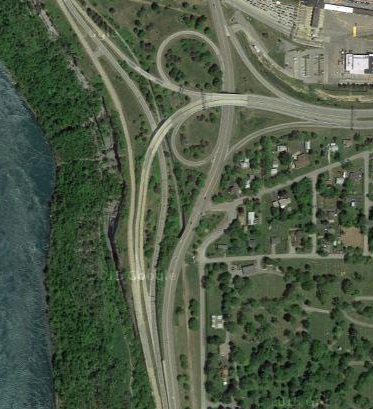 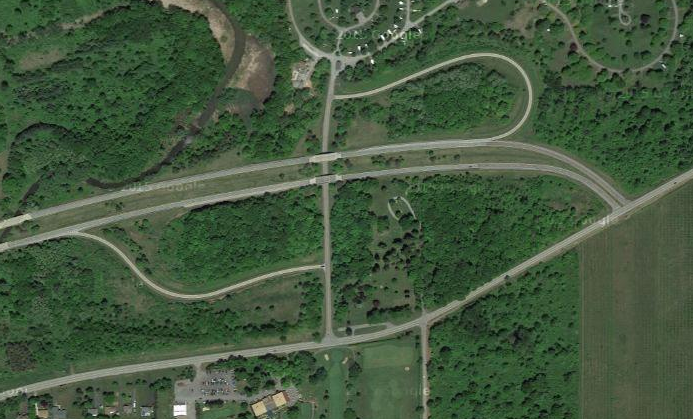 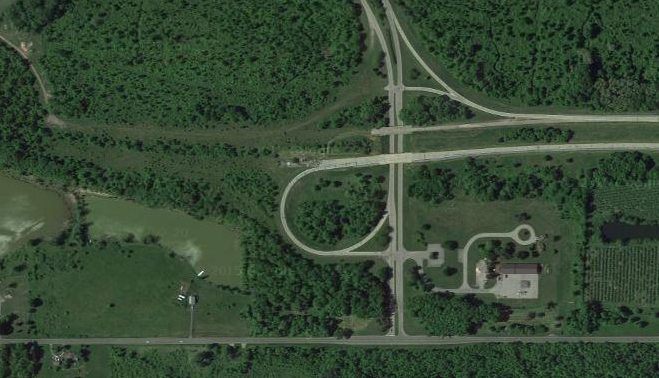