We met up around noon at Babe's in Utica, picked because of the road signs they have in the restaraunt (in particular, the old NY 87 shield). 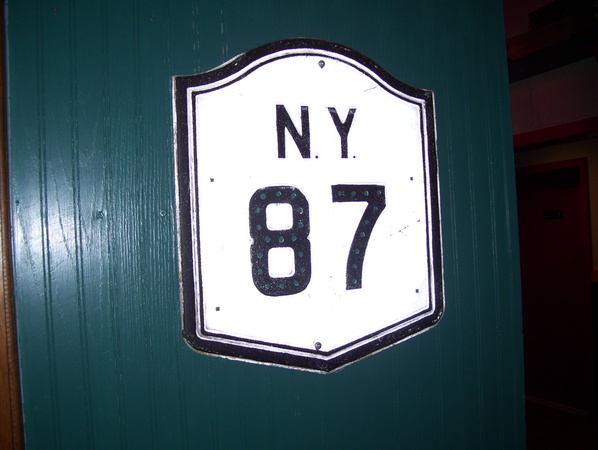 Leaving the restaraunt, we drove down the ramp from Genesee Street and turned onto NY 5S, observing the red straight arrows on the traffic light. We passed by some button copy on NY 5S, and then meandered down Utica city streets to our first stop the Arterial pedestrian bridge, to view the construction and take the meet photo. 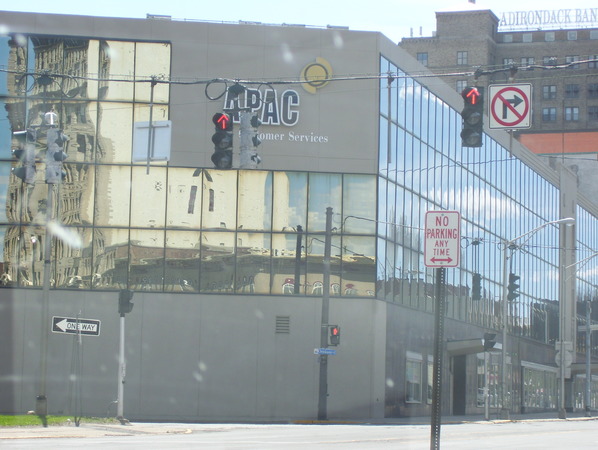 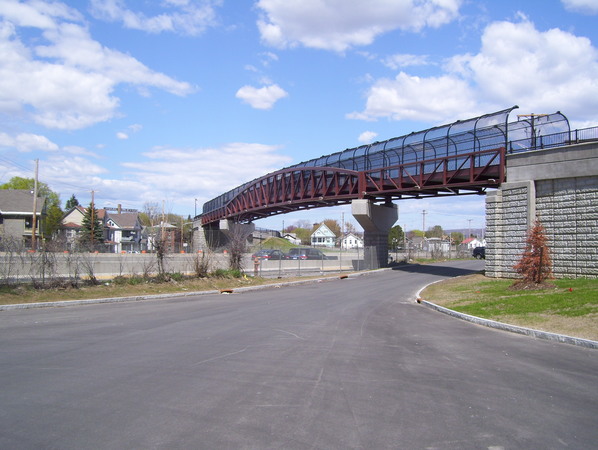 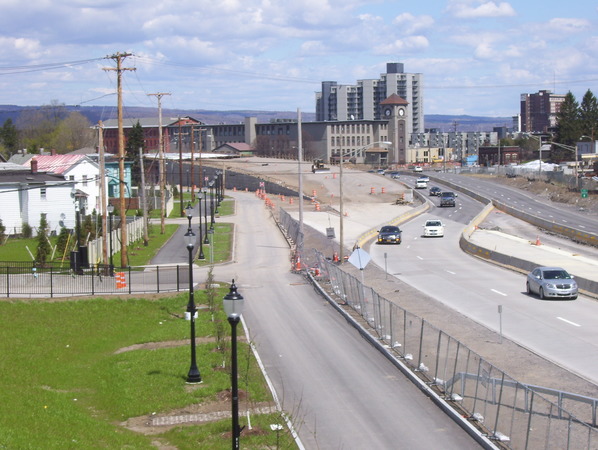 From the pedestrian bridge, we drove on Schuyler Street, which has a rail line running through the center of the street. We took a slight detour under the Arterial to view more construction, including a new ramp that opened, before stopping at the abandoned Barnes Avenue bridge. The bridge went nowhere, servicing only a couple businesses, before being reduced to one lane and later closed entirely due to its deterioration. 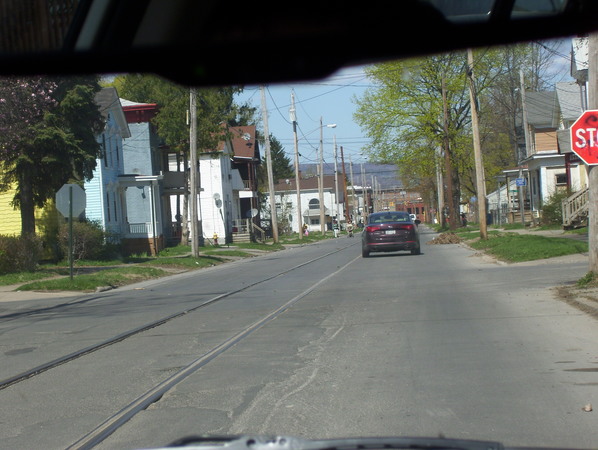 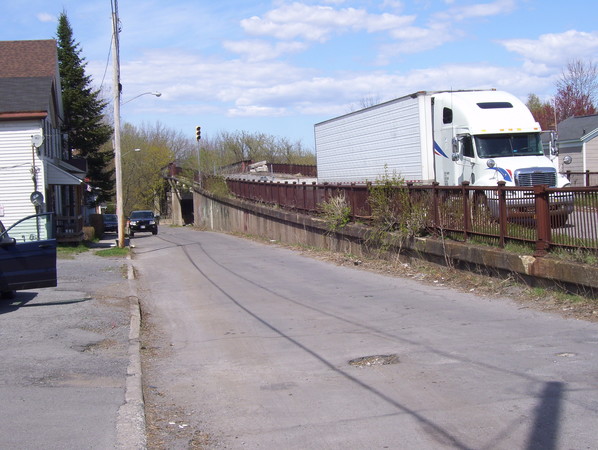 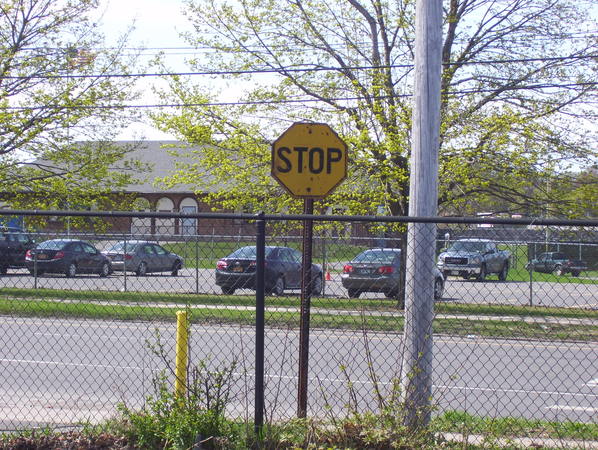 After this, we headed over the Rome, driving down the Arterial through the work zone, clinching I-790, then turning around to take NY 49 to the Marcy-SUNYIT Parkway (formerly Edic Road). The parkway was built to provide for the expansion of the university, and is planned to expand further if the nano technology lab is built. We turned around at the last roundabout, taking former NY 49 (River Road) to Rome. We then got onto NY 49 for a short distance, passing by an interesting sign and the at-grade railroad crossing, to clinch NY 825. We then took NY 46 to the Delta Lake dam and a couple of old bridges. 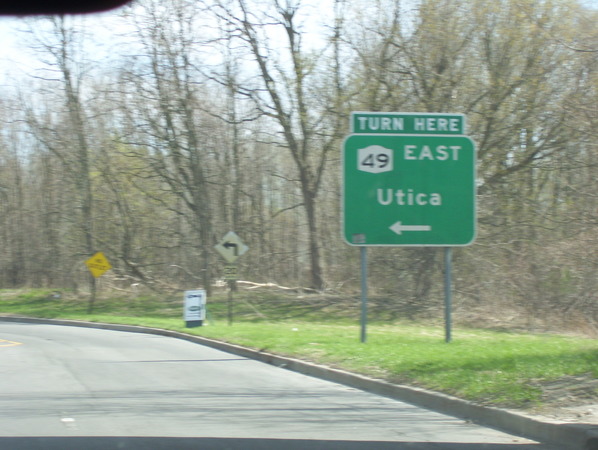 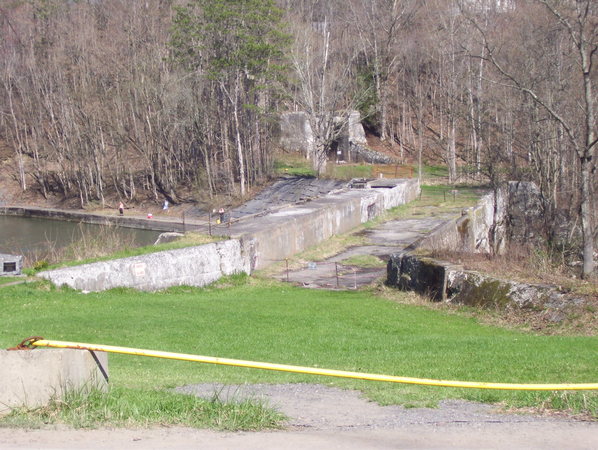 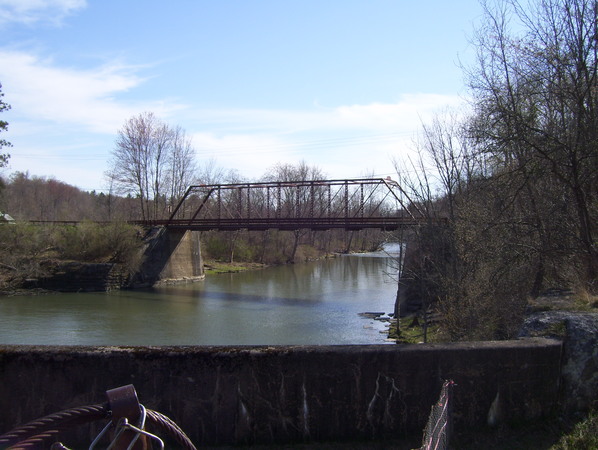 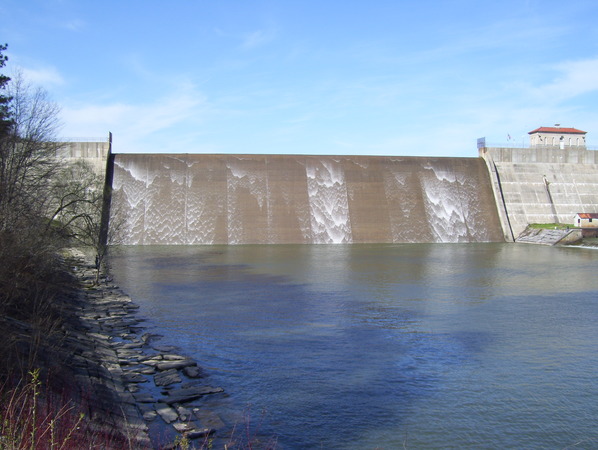 We then went back down NY 46, observed the "at-grade overpass" at the interchange involving NY 26, NY 46, and NY 49, including the confusing multiplexes involved. We meandered down Rome city streets to view the Railroad Street truss bridge (which has a rail line running through it), a tunnel under a railroad, and an upside-down NY 69 shield before taking a quick stop at the Rome Amtrak station. 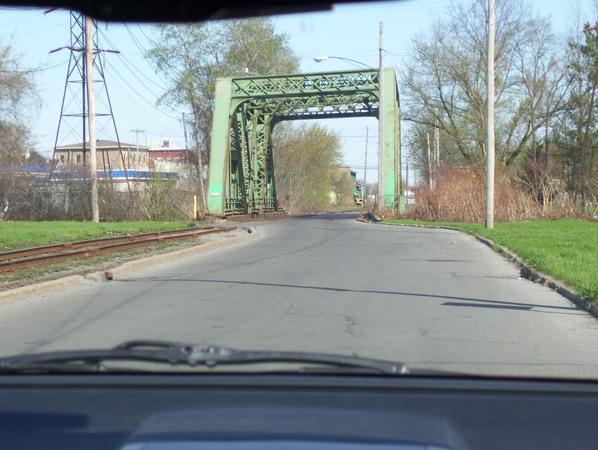 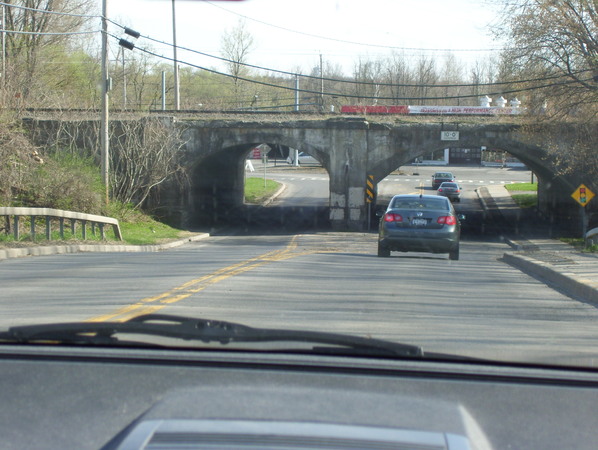 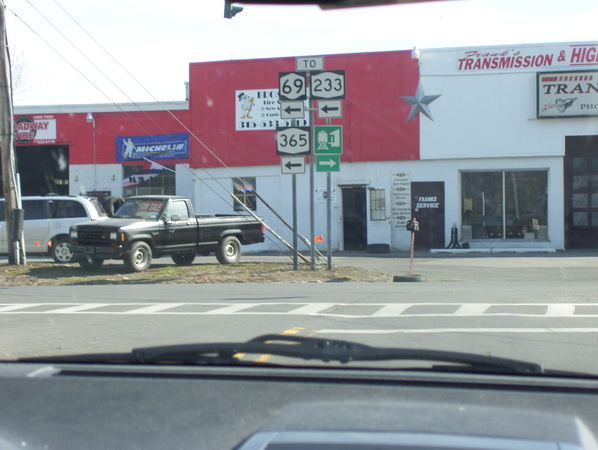 We then drove down NY 233 and CR 840, passing by the former sight of the Oneida County Airport (now in Griffiss Technology Park, on NY 825), to get to the Old Judd Road bridge, now only a pedestrain bridge. 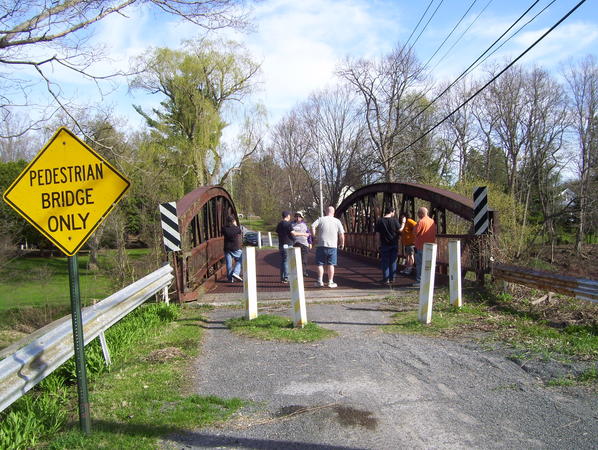 We ended by clinching NY 840, looping to drive over an at-grade rail crossing on the Arterial, and taking NY 5S to John Street/Genesee Street to get back to Babe's. At this point half the group broke off, and the other half continued on to the Herkimer County tour, hosted by Mark Sinsabaugh (special thanks to him for the post-meet tour and for scouting this tour). 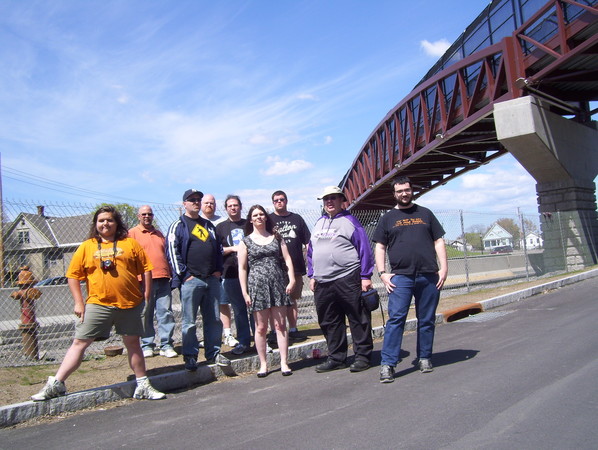