The NY 17 freeway across southern New York state is composed of two sections: the Southern Tier Expressway and the Quickway. The Quickway was constructed in the 50s and 60s as a response to traffic congestion along NY 17 to the Catskills. The Southern Tier Expressway began as an extension of the Quickway in the 60s and was completed in the 90s, with the last segments to open being east of Salamenca to US 219 and the western portion of the Corning Bypass.

The freeway is designated as Corridor T of the Appalachian Development Highway System, and in 1998, was designated "High Priority Corridor 36" in the Transpontation Equity Act for the 21st Century (and later amended to include designation as Interstate 86). NY 17 west of the Chemung County line was signed at I-86 in December 1999.

The estimated completion date of the upgrade, originally 2009, has been pushed back several times. Due to lack of economic development along the parts of the corridor signed as I-86 and the current state funding situation, the project has been postponed indefinately, and the funding transferred to other projects; the projects currently underway were in development prior to this decision being made. 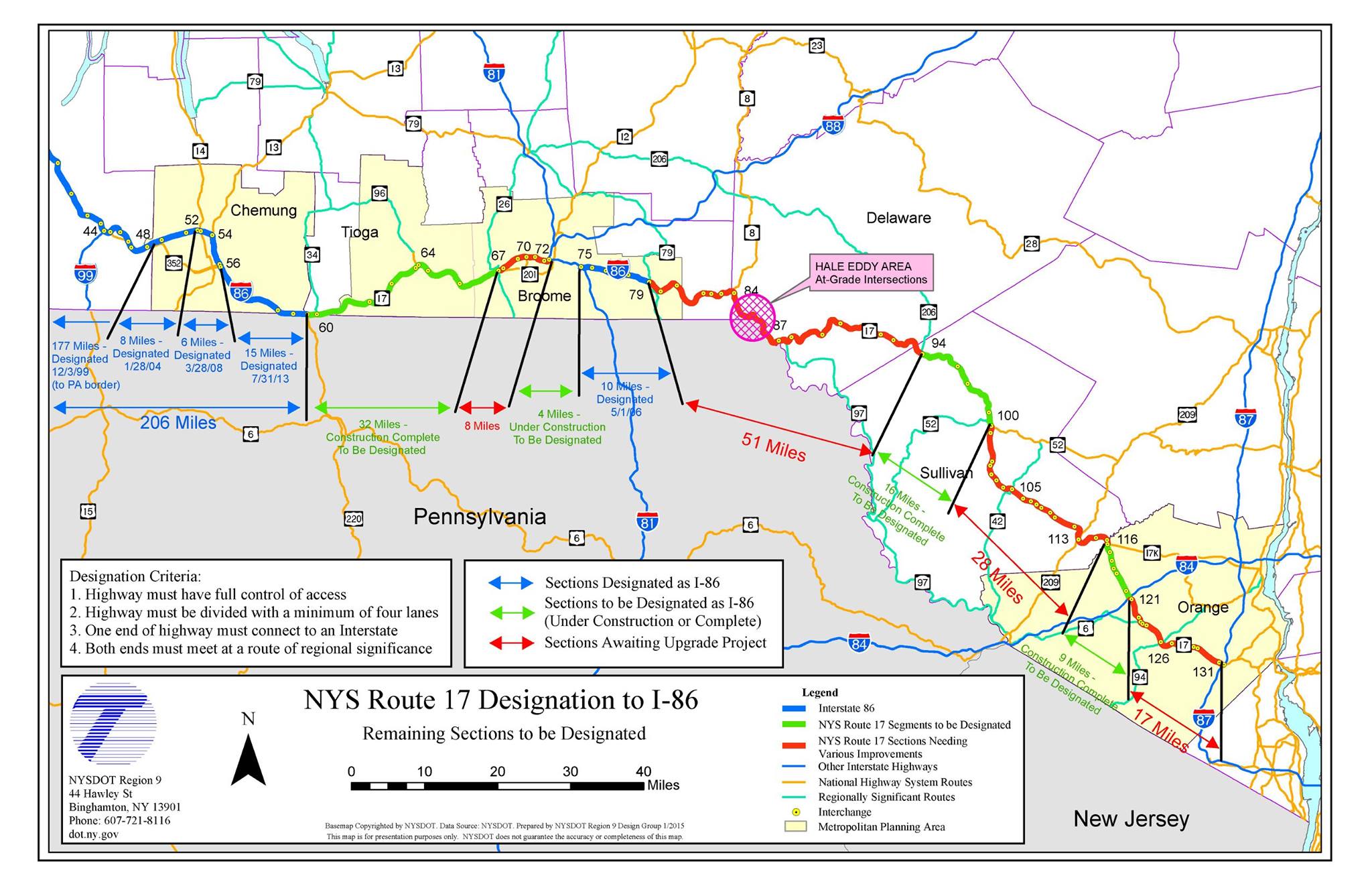 The image above was created by the New York State Department of Transportation in 2015.